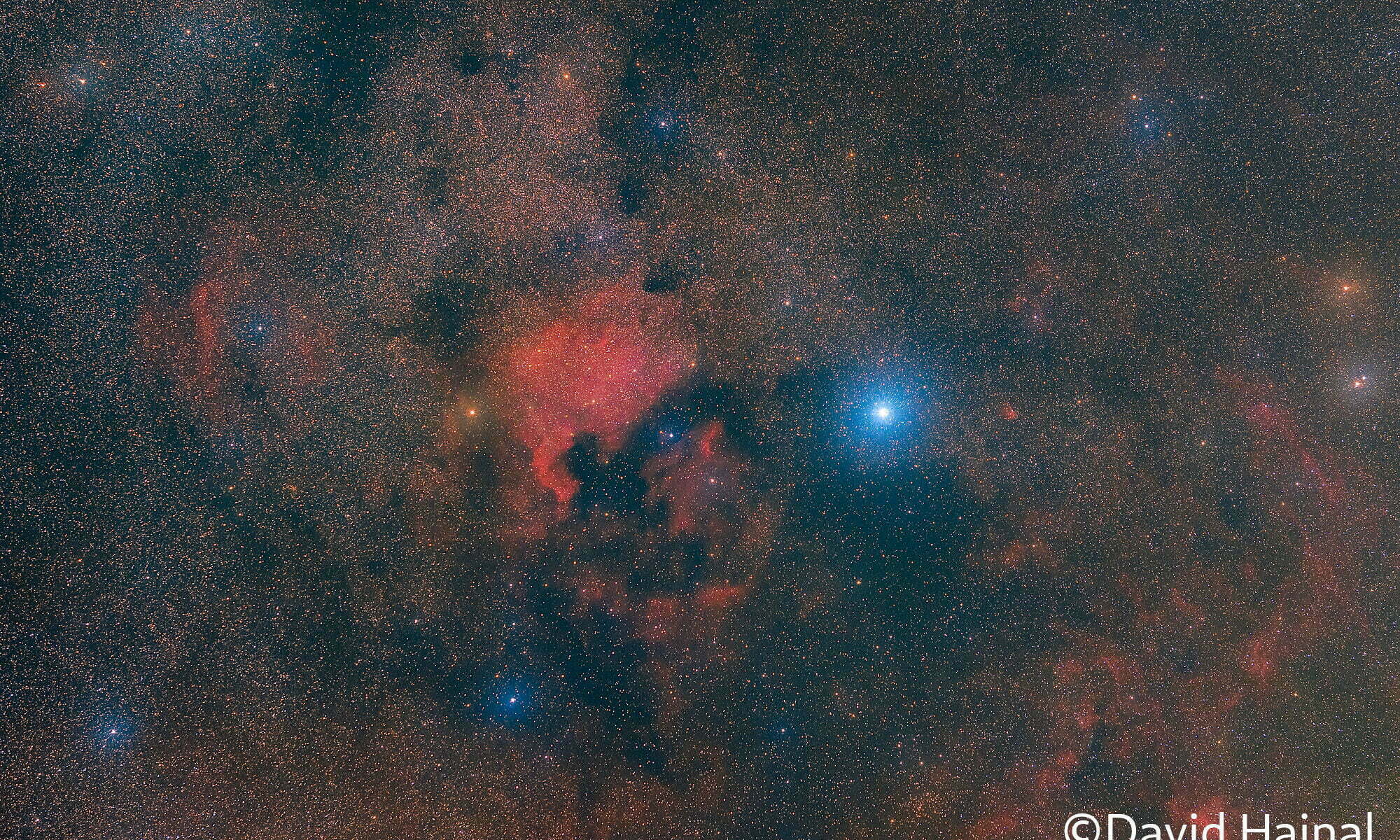 With an Astro Modification and enhanced red sensitivity, very special shots are possible at night. You don't necessarily need a telescope, as David Hajnal impressively shows. He pointed his astromodified Sony A7 (Astronomik L2 Filter) at the constellation Cygnus with 75 mm and 135 mm and took these impressive shots.

The cover image shows the North American Nebula in the constellation Cygnus and the bright blue star Deneb. This image was taken with a Samyang 135mm F2 lens at f/4. 120 individual images were taken, each with 30s exposure time at ISO 640. In addition, a NiSi Natural Night filter was screwed onto the lens to suppress light pollution, as well as a Tiffen Double Fog 2 filter. This diffuser emphasises the bright stars and their colours.Translated with www.DeepL.com/Translator (free version)

The following image was taken with a Samyang AF 75mm F1.8 FE, stopped down to F4. There were 110 individual images taken, each with a 30s exposure time at ISO 640. The NiSi Natural Night and Tiffen Double Fog 2 filters were also used again.

To avoid smearing of the stars at 30s exposure, the camera was tracked with an astromount. In this way, the subject remains motionless in the centre of the image during the entire time of image capture.

By the way, both pictures were taken from his own balcony in Mannheim. The light conditions were therefore anything but ideally dark. The result: "That even parts of the Veil Nebula are clearly visible despite light pollution shows the high potential of this equipment!"

More great pictures by David Hajnal are to be found on his 500px profile.

CONVERSION STOP from approx. mid-February to early April. The exact period is still to be announced, please take this into your account when placing your order. Dismiss