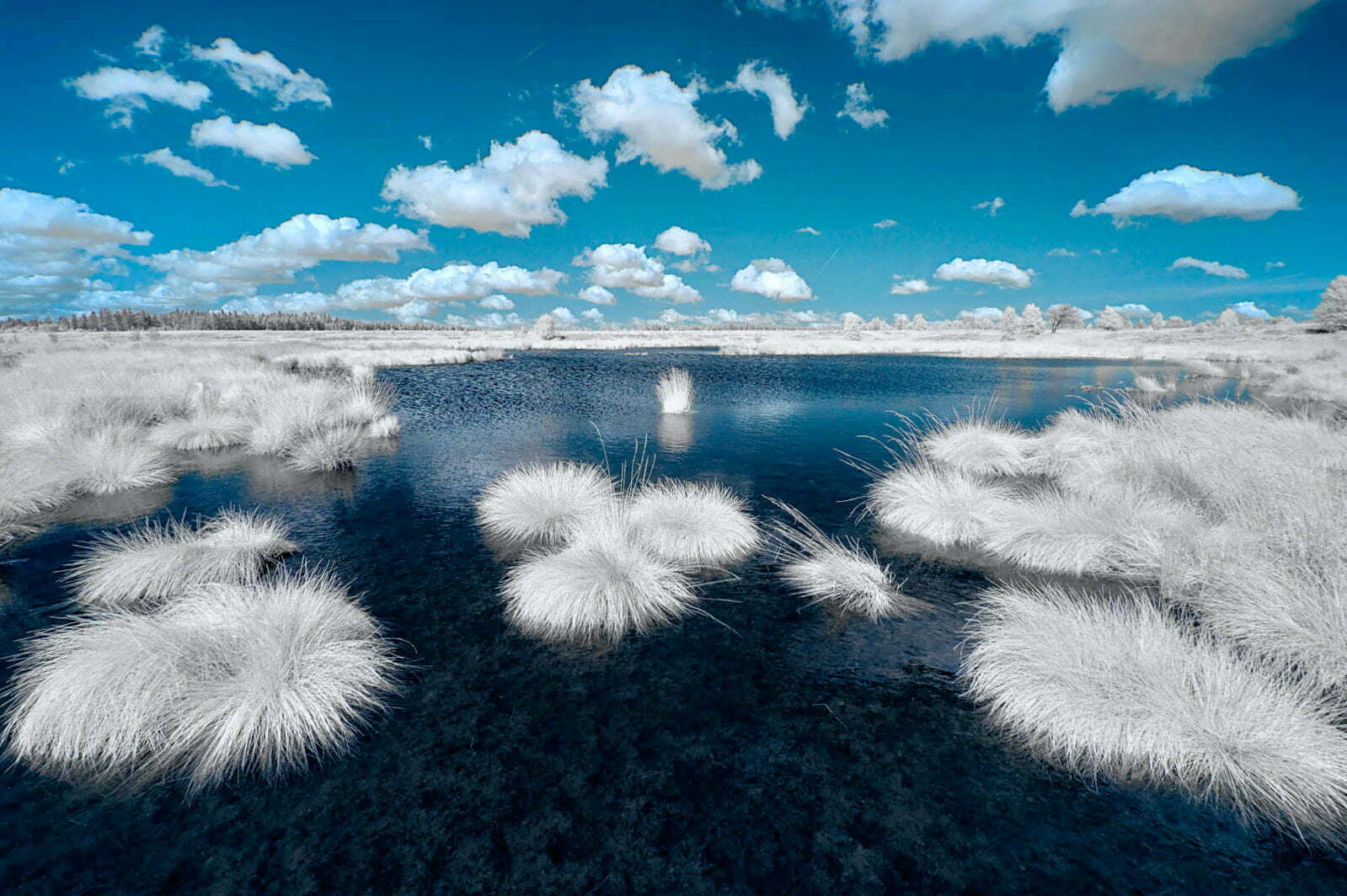 Ever since I saw some digital Colorkey IR shots (blue sky combined with white foliage and white lawn) a few years ago, I've been excited by the thought of trying it myself. And I haven't regretted it for a minute. I'm thrilled with the quality of the conversion including the 630 filter and the image possibilities that come with it. What I also appreciate about the camera conversion is that you can shoot handheld at ISO 100 without any problems.

However, I have to admit, the point of having to edit these shots with RAW processing was quite daunting for a long time. Just like the tiresome framing of slides in the past, the thought of the effort of a RAW development of all my digital pictures was not very edifying.

So I've been shooting everything in JPEG for 15 years. This "comfortable photo life" was of course also promoted by the built-in Sony Alpha features. Because with the adjustable DRO and HDR options, you can influence the JPEG output very specifically in advance, depending on the shooting situation. And where appropriate, then later with easy-to-use image optimization in PaintShopPro if necessary still quickly go over.

It was only the very helpful darktable-Videos here on IRreCams that convinced me to tackle the process necessary for IR shooting - now in advanced retirement age. And RAW processing is now fully acceptable in terms of IR. There's still a lot of room for improvement when working out in darktable. But I hope that the results will become more consistent over time. What is important to me in my processed landscape images is a bright blue sky, i.e. a similar blue as when I took the picture. That's why I don't set the white balance to a neutral point in the image, but try to get the sky a rich reddish brown already when I take the picture, or at the latest before I swap channels.

Usually I like the elaborated color key photos the most. The processing with yellow foliage is usually better when I can't get the white foliage to glow in the "white" version because of a little less sun.

To somewhat replace the lack of spatiality in landscape photos, I've become more and more of a wide-angle photographer over the years. The 18mm wide-angle setting of my zoom has become my actual standard focal length. And the so-called super wide-angles, such as the 10 and the 14mm are therefore - felt - quite normal wide-angles for me. Over the years, my wide-angle photography, preferably used with sidelight or backlight, has thus produced automatisms in photography that initially produced many a disappointing image result in my IR shots.

Because for first good IR photos, the age-old rule "sun in the back" is the absolute recipe for success! And the stronger the sun, the better! This brings a wonderful glow to foliage and meadows and thus, in my opinion, a particularly beautiful counterpoint to the blue of the sky.

My recommendation for first IR shots:

And for "advanced" IR photographers: