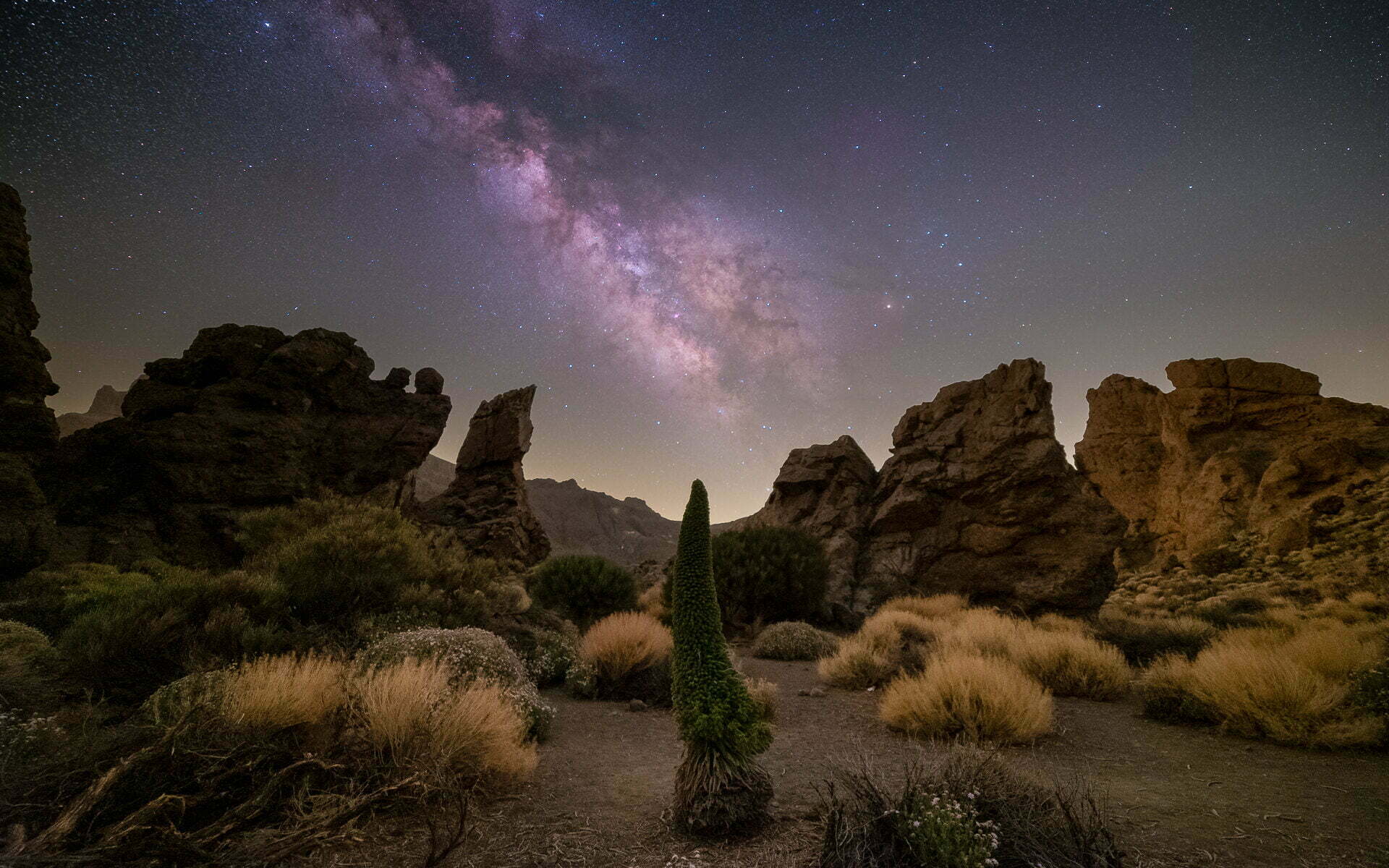 I recently had my Sony A7s modified with an astro filter at IRreCams. The first chance to test the converted camera came in summer on Tenerife. In the middle of the island lies the volcanic national park Teide. Although the island is not very big and some cities are located around the national park, the quality of the night sky there is incredibly good. Possibly this is due to the altitude of 2000 meters, where you can already escape the light pollution of the coastal cities a bit. The park is full of lava, rocks, cacti and plants. So it is not difficult to find an interesting foreground for landscape photography with night sky. One has almost too much choice.

The area is so popular with night owls that there are night sky tours offered at each of the larger parking lots, to which busloads of people are driven every 30 minutes. These large parking lots are therefore rather to be avoided if you want your peace and quiet and above all don't want to be constantly blinded with flashlights.

I am absolutely overwhelmed by the quality of the images with the new filter! I have never been able to reproduce such a richness of colors. At the end of processing, I often tended to turn down the saturation a bit because it almost became too colorful for me, especially in the magenta/red area.

The images were taken with different fixed focal length and zoom lenses: 14mm, 24mm, 35mm and 55mm. I use the small startracker Vixen Polarie. Since I usually shoot pretty wide-angle, a very precise alignment is not necessary at all. I just align the tracker to the North Star by eye. With 24mm I usually get 90 seconds exposure time without blurring the stars.

The photos were taken on a total of three different evenings, each between 22:30 and 0:00. As you can easily see from the pictures, I am one of the Milky Way core addicts. I often try other compositions, but then I turn back to the southeast 🙂

All pictures are made with the same recipe: Sky and foreground are taken one after the other. The sky with the Startracker with exposure times of 45-90 seconds. In addition to the normal shots, I always take a shot with the Starglow filter from Kase. This creates a glow around the larger stars and reduces the smaller stars. This gives me a somewhat calmer impression of the night sky. I later fade in the shot with the filter at about 20% strength. The foreground is then taken without a startracker. I take five to ten exposures at a time, which I stack for noise reduction. The processing is relatively simple and usually only follows a few steps in Lightroom and Photoshop.

I am not one of those who arbitrarily shoot foregrounds and then insert the Milky Way in Photoshop. Shooting the sky and foreground separately only serves to improve the quality of the images in the end.